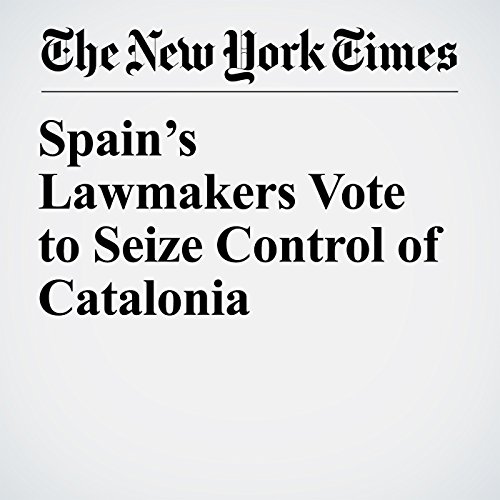 In a major escalation of Spain’s territorial conflict, Catalan lawmakers approved the region’s independence Friday, a move that was quickly countered by a vote in the Spanish Senate authorizing the government to take direct control of the fractious region and remove its separatist leadership.

"Spain’s Lawmakers Vote to Seize Control of Catalonia" is from the October 27, 2017 World section of The New York Times. It was written by Raphael Minder and Patrick Kingsley and narrated by Mike DelGaudio.