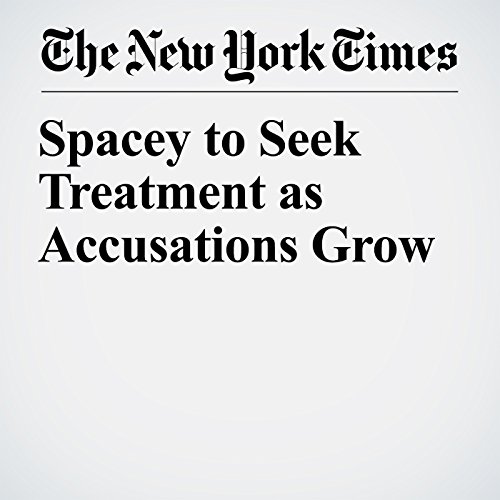 The publicist for Kevin Spacey has announced that the Oscar-winning actor is seeking treatment, as reports emerged that the London theater where he was the longtime artistic director turned a blind eye to allegations of sexual misconduct.

"Spacey to Seek Treatment as Accusations Grow" is from the November 02, 2017 Entertainment section of The New York Times. It was written by Anna Codrea Rado and narrated by Keith Sellon-Wright.