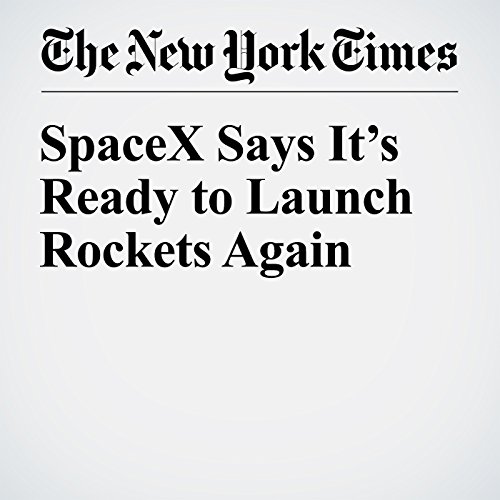 The cascade of explosions on Sept. 1 that destroyed a Falcon 9 rocket on the launchpad at Cape Canaveral Air Force Station in Florida was perplexing and concerning, because it occurred during what is usually regarded as a safer portion of operations — the fueling of propellants — about eight minutes before the ignition of the engines for a planned test.

"SpaceX Says It’s Ready to Launch Rockets Again" is from the January 02, 2017 United States section of The New York Times. It was written by Kenneth Chang and narrated by Fleet Cooper.