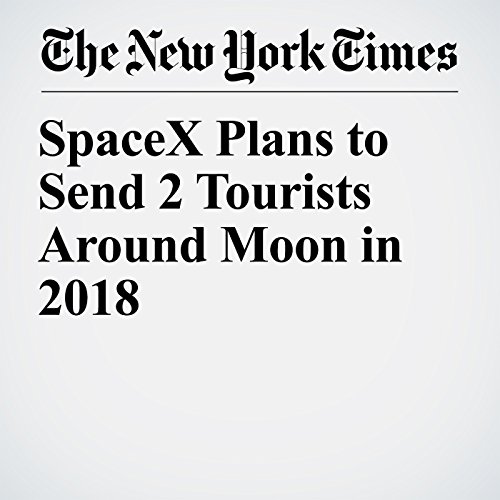 SpaceX, the rocket company headed by Elon Musk, wants to send a couple of tourists around the moon and back before the end of next year. If they manage that feat, they would be the first humans to venture that far into space in more than 40 years.

"SpaceX Plans to Send 2 Tourists Around Moon in 2018" is from the February 27, 2017 U.S. section of The New York Times. It was written by Kenneth Chang and narrated by Kristi Burns.