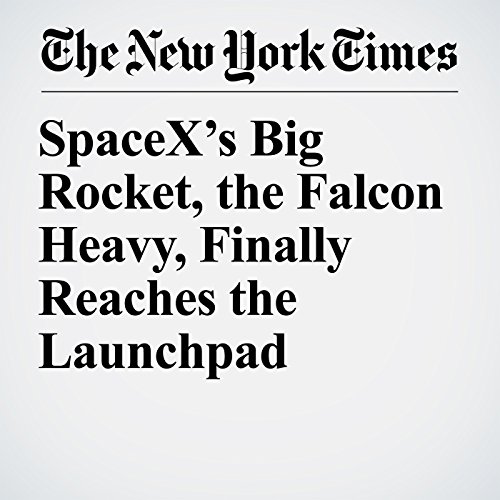 Today, technicians working for SpaceX, Elon Musk’s upstart rocket company, are preparing for the maiden flight of what is by most measures the world’s most powerful rocket since the Saturn 5. The Falcon Heavy will be able to carry more than 140,000 pounds to low-Earth orbit, or more than twice as much as current competing rockets.

"SpaceX’s Big Rocket, the Falcon Heavy, Finally Reaches the Launchpad" is from the January 22, 2018 Science section of The New York Times. It was written by Kenneth Chang and narrated by Kristi Burns.