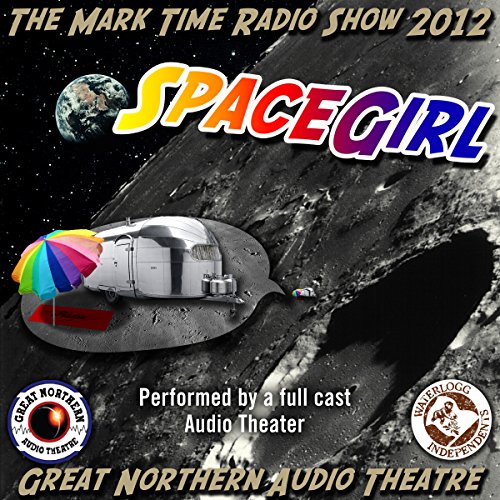 A full-cast comedy production from the Great Northern Audio Theatre

Linda Kim Shelmerdine discovered her considerable powers during her hormonal years (the Sun was having similar problems then). But she read the superheroes' guidebooks, and her years in 4-H helped too. Now 59, SpaceGirl is somewhat disillusioned with the way superheroism is viewed these days, both by the public and by other superheroes. But she takes her job seriously and enjoys the occasional vacations at her crater-side retreat on the moon. Her PR guys, the Hungarian Dwarf Parade, take her side at the hearings and fight for her when the lawsuits start, but there's only so much they can do to keep her morale up.