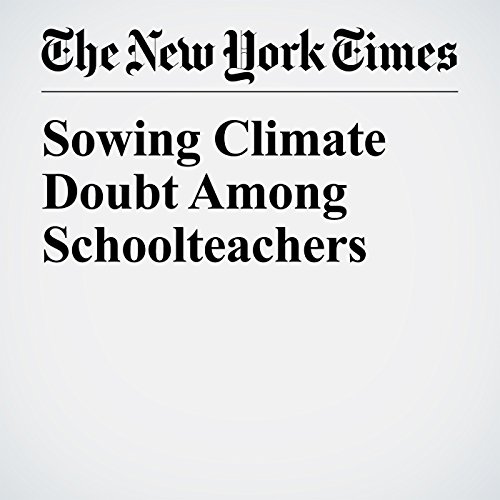 The Heartland Institute, a conservative think tank known for attacking climate science, has been mailing a slim, glossy book to public school teachers throughout the United States. The institute says it plans to send out as many as 200,000 copies, until virtually every science educator in America has one.

"Sowing Climate Doubt Among Schoolteachers" is from the April 26, 2017 Opinion section of The New York Times. It was written by Curt Stager and narrated by Keith Sellon-Wright.