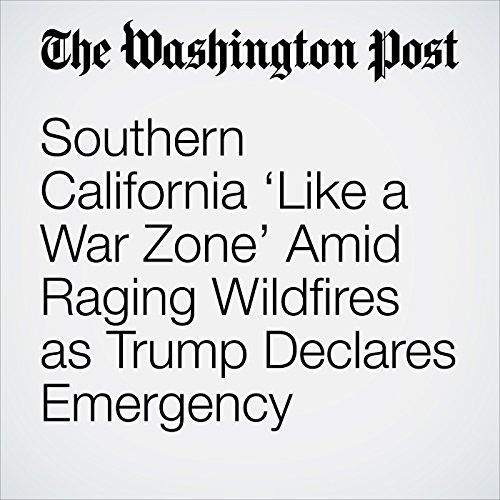 "Southern California ‘Like a War Zone’ Amid Raging Wildfires as Trump Declares Emergency" is from the December 08, 2017 National section of The Washington Post. It was written by Scott Wilson, Mark Berman and Eli Rosenberg and narrated by Jenny Hoops.