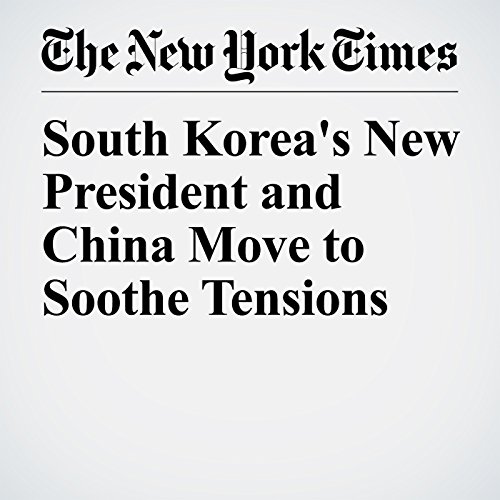 The leaders of South Korea and China moved Thursday to mend ties that have been strained by the deployment of a U.S. missile-defense system in South Korea.

"South Korea's New President and China Move to Soothe Tensions" is from the May 11, 2017 World section of The New York Times. It was written by Choe Sang Hun and narrated by Kristi Burns.