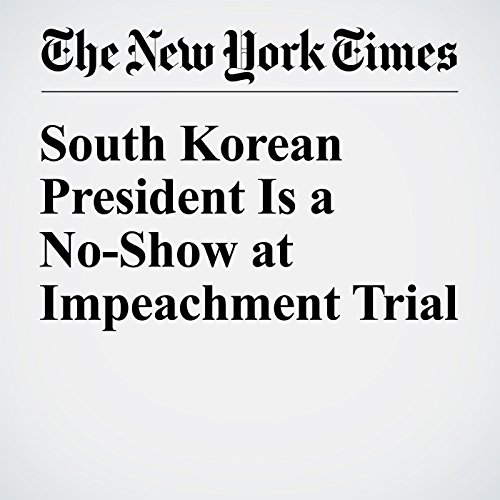 South Korea’s Constitutional Court formally opened President Park Geun-hye’s impeachment trial on Tuesday, despite the absence of Park, whose lawyers said she was unlikely to attend any of the proceedings.

"South Korean President Is a No-Show at Impeachment Trial" is from the January 03, 2017 World section of The New York Times. It was written by Choe Sang Hun and narrated by Keith Sellon-Wright.