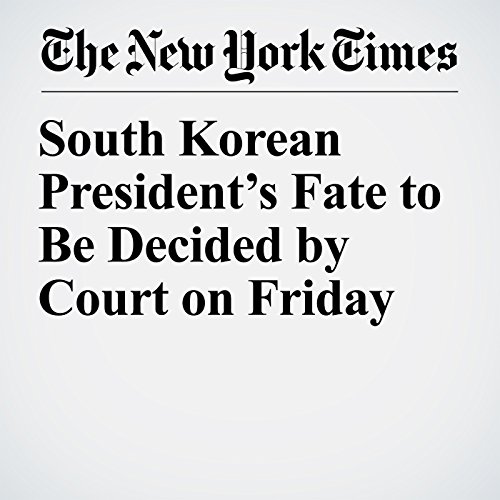 The Constitutional Court of South Korea said it would rule on Friday whether to reinstate President Park Geun-hye or formally oust her from office on charges of corruption and abuse of power.

"South Korean President’s Fate to Be Decided by Court on Friday" is from the March 08, 2017 World section of The New York Times. It was written by Choe Sang Hun and narrated by Keith Sellon-Wright.