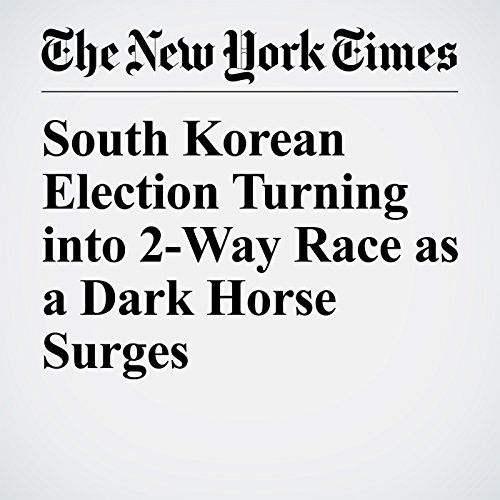 Just last month, Ahn Cheol-soo, a software mogul turned politician, looked like just another also-ran for the South Korean presidential election in May. His centrist People’s Party held only 40 seats in the 300-member Parliament. He was barely polling at 10 percent in surveys.Now, with less than a month to go before the election and as tensions flare on the Korean Peninsula, Ahn, 55, has suddenly become a leading contender to be the next president, offering hope to conservatives and others alarmed by the North’s nuclear and missile threats.

"South Korean Election Turning into 2-Way Race as a Dark Horse Surges" is from the April 14, 2017 World section of The New York Times. It was written by Choe Sang Hun and narrated by Barbara Benjamin-Creel.