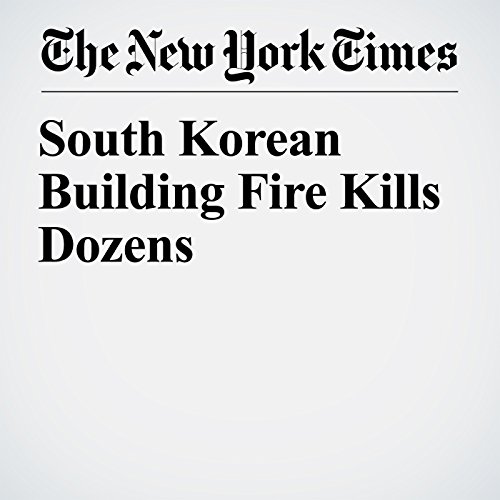 A fire that spread through an eight-story building in the South Korean city of Jecheon left at least 29 people dead on Thursday, according to fire officials. Dozens more were injured by the blaze.

"South Korean Building Fire Kills Dozens" is from the December 21, 2017 World section of The New York Times. It was written by Megan Specia and narrated by Kristi Burns.