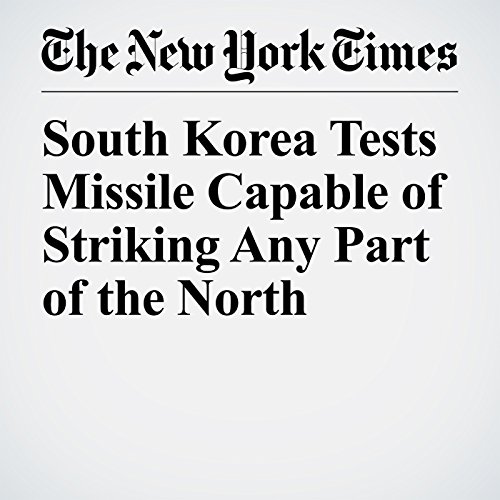 South Korea successfully test-fired Friday a new ballistic missile with a range far enough to hit any part of North Korea, as it seeks to counter the North’s growing missile threat.

"South Korea Tests Missile Capable of Striking Any Part of the North" is from the June 23, 2017 World section of The New York Times. It was written by Choe Sang Hun and narrated by Barbara Benjamin-Creel.