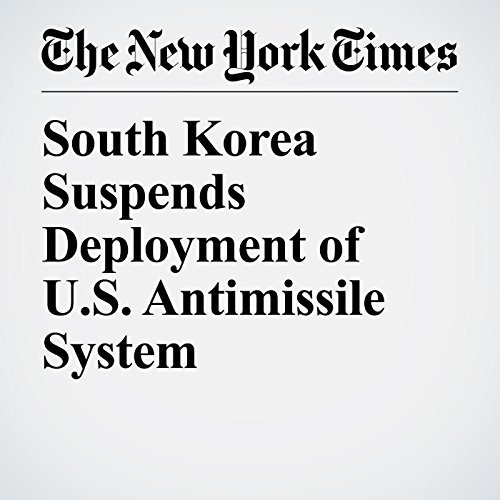 South Korea’s newly elected president, Moon Jae-in, has suspended the deployment of a U.S. missile defense system, an apparent concession to China and a significant break with the United States on policy toward North Korea.

"South Korea Suspends Deployment of U.S. Antimissile System" is from the June 07, 2015 World section of The New York Times. It was written by Motoko Rich and narrated by Keith Sellon-Wright.