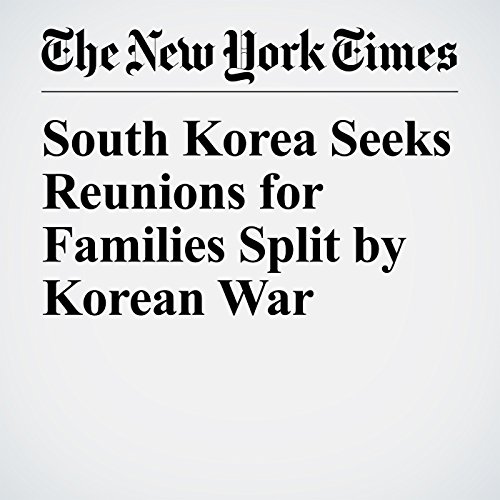 President Moon Jae-in of South Korea called on Thursday for family reunions for older Koreans separated by war six decades ago in a conciliatory move after the North’s first test of an intercontinental ballistic missile.

"South Korea Seeks Reunions for Families Split by Korean War" is from the July 06, 2017 World section of The New York Times. It was written by Choe Sang Hun and narrated by Keith Sellon-Wright.