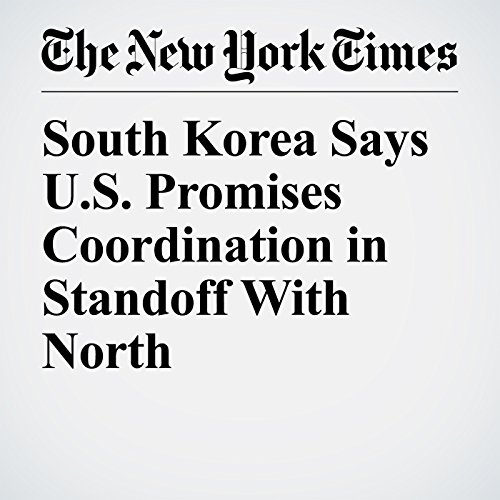 With the United States and North Korea locked in an escalating exchange of threats, South Korea told its people Friday that the White House had agreed not to do anything on the Korean Peninsula that would catch the South off guard.

"South Korea Says U.S. Promises Coordination in Standoff With North" is from the August 11, 2017 World section of The New York Times. It was written by Choe Sang Hun and narrated by Barbara Benjamin-Creel.