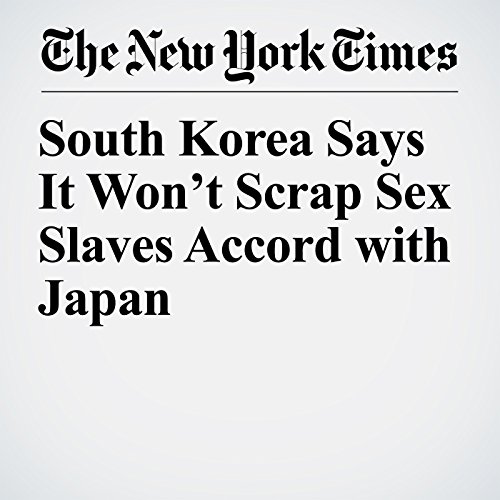 South Korea said Tuesday that it would not undo a 2015 agreement with Japan to shelve a longtime dispute over women who were forced into sexual slavery for the Japanese military during World War II.

"South Korea Says It Won’t Scrap Sex Slaves Accord with Japan" is from the January 09, 2018 World section of The New York Times. It was written by Austin Ramzy and narrated by Keith Sellon-Wright.