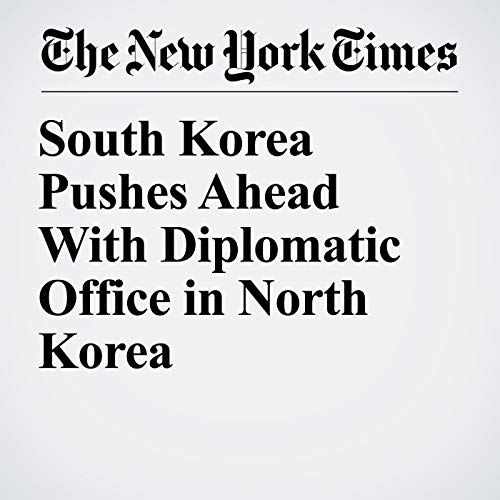 SEOUL, South Korea — South Korea said Wednesday that it would press ahead with its plan to open a diplomatic “liaison office” in North Korea this year, dismissing concerns that it was too quickly making overtures to the North Koreans, who have yet to begin dismantling their nuclear weapons program.

"South Korea Pushes Ahead With Diplomatic Office in North Korea" is from the August 22, 2018 World section of The New York Times. It was written by Choe Sang Hun and narrated by Kristi Burns.