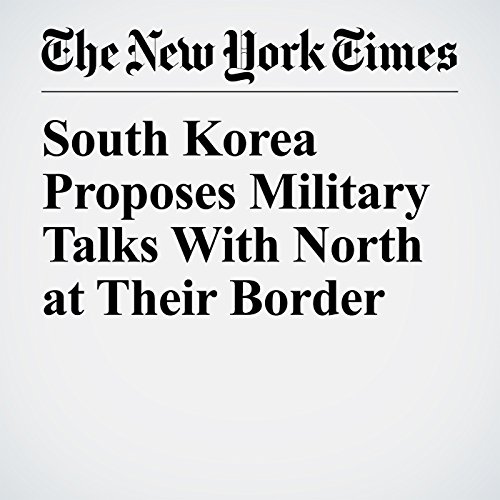 South Korea on Monday proposed holding military and humanitarian talks with North Korea, aimed at easing tensions along their heavily armed border and arranging reunions of families divided decades ago by the Korean War.

"South Korea Proposes Military Talks With North at Their Border" is from the July 17, 2017 World section of The New York Times. It was written by Choe Sang Hun and narrated by Kristi Burns.