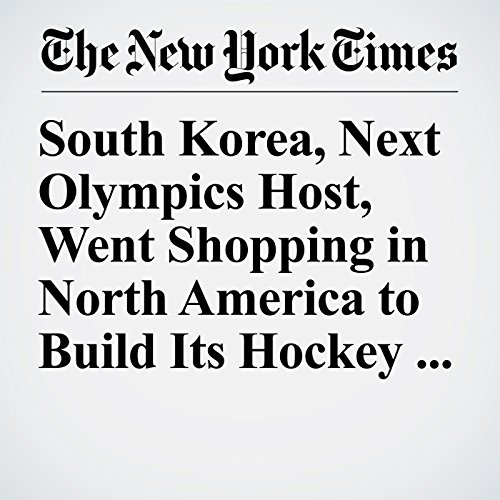 As the host of the next Olympics, next February in Pyeongchang, SouthKorea has automatic berths in the men’s and women’s ice hockeycompetitions, which are premier events at any Winter Games. But hockeyhere is an afterthought, so the country had to get creative if it wantedto field teams that would not be humiliated.

"South Korea, Next Olympics Host, Went Shopping in North America to Build Its Hockey Teams" is from the February 23, 2017 Sports section of The New York Times. It was written by Karen Crouse and Seth Berkman and narrated by Kristi Burns.