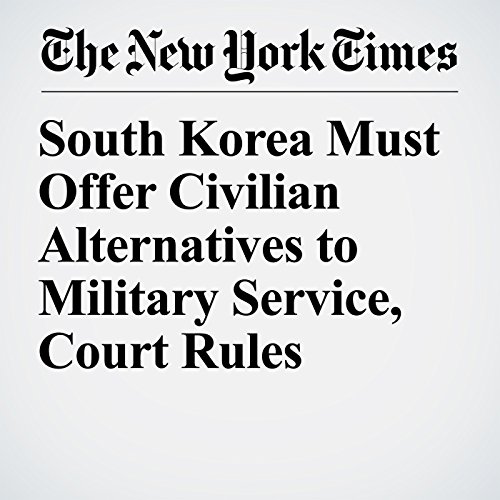 SEOUL, South Korea — South Korea’s Constitutional Court on Thursday ordered the government to introduce civilian forms of service for conscientious objectors, sparing hundreds of young men from going to prison each year for refusing to serve in the military for reasons of conscience or religious beliefs.

"South Korea Must Offer Civilian Alternatives to Military Service, Court Rules" is from the June 28, 2018 World section of The New York Times. It was written by Choe Sang Hun and narrated by Kristi Burns.