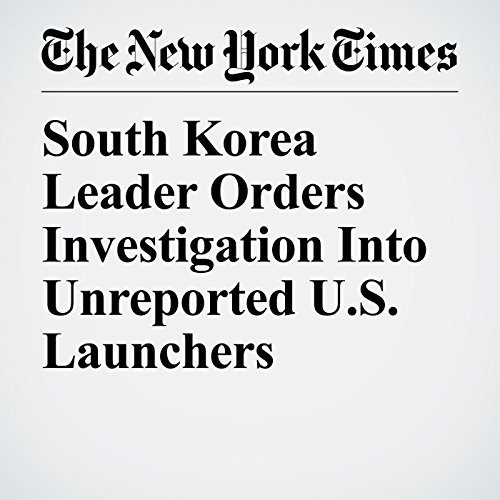 President Moon Jae-in of South Korea ordered an investigation Tuesday into why the Defense Ministry had failed to inform him that four additional launchers for a contentious U.S. missile-defense battery had been brought into his country.

"South Korea Leader Orders Investigation Into Unreported U.S. Launchers" is from the May 30, 2017 World section of The New York Times. It was written by Choe Sang Hun and narrated by Fleet Cooper.