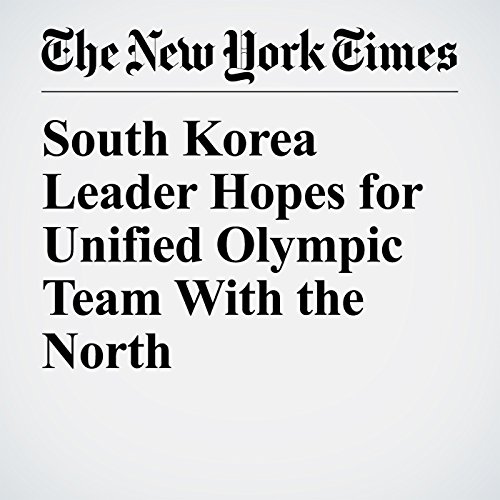 President Moon Jae-in of South Korea proposed on Saturday that his country and North Korea form a unified team to compete in the 2018 Winter Olympics, to be held in Pyeongchang in the South.

"South Korea Leader Hopes for Unified Olympic Team With the North" is from the June 24, 2017 World section of The New York Times. It was written by Choe Sang Hun and narrated by Barbara Benjamin-Creel.