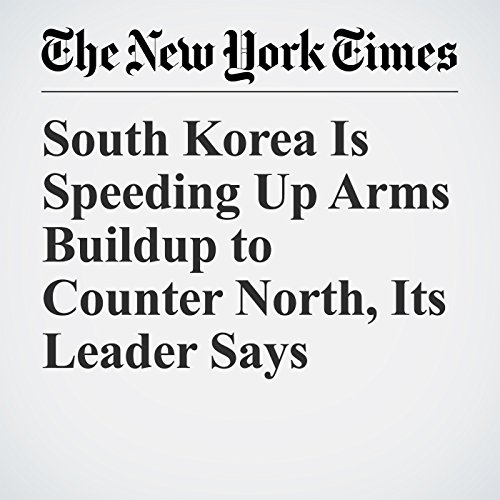 President Moon Jae-in said Thursday that South Korea’s military would speed up efforts to strengthen its pre-emptive strike, missile defense and retaliatory capabilities against North Korea, and he renewed his call for the armed forces to become more independent of America’s.

"South Korea Is Speeding Up Arms Buildup to Counter North, Its Leader Says" is from the September 28, 2017 World section of The New York Times. It was written by Choe Sang Hun and narrated by Keith Sellon-Wright.