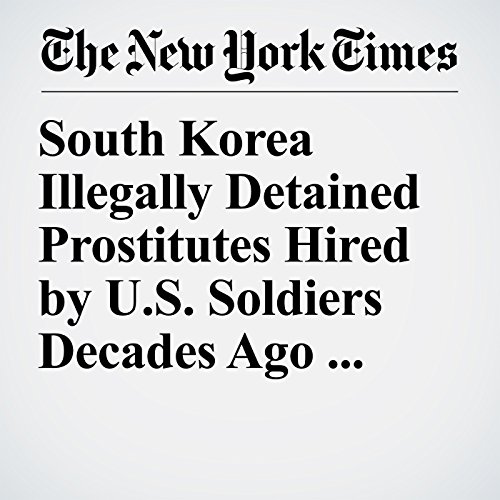 In a landmark ruling, a South Korean court said Friday that the government had broken the law during the 1960s and ‘70s by detaining prostitutes who were hired by U.S. soldiers and by forcing them to undergo treatment for venereal diseases.

"South Korea Illegally Detained Prostitutes Hired by U.S. Soldiers Decades Ago, Court Rules" is from the January 20, 2017 World section of The New York Times. It was written by Choe Sang Hun and narrated by Barbara Benjamin-Creel.