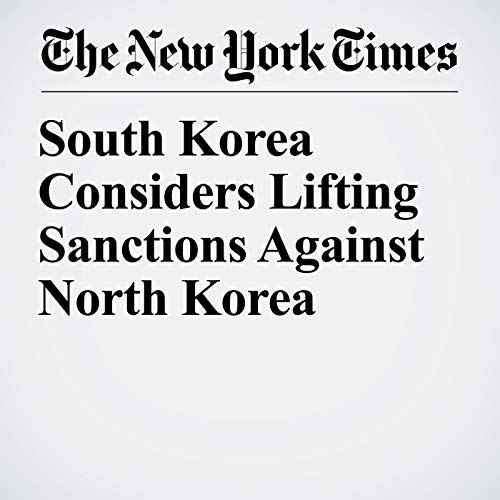 SEOUL, South Korea — South Korea said on Wednesday that it was considering lifting a sweeping embargo on bilateral trade and exchanges with North Korea, despite Washington’s efforts to keep the economic noose on the North until it denuclearizes.

"South Korea Considers Lifting Sanctions Against North Korea" is from the October 10, 2018 World section of The New York Times. It was written by Choe Sang Hun and narrated by Kristi Burns.