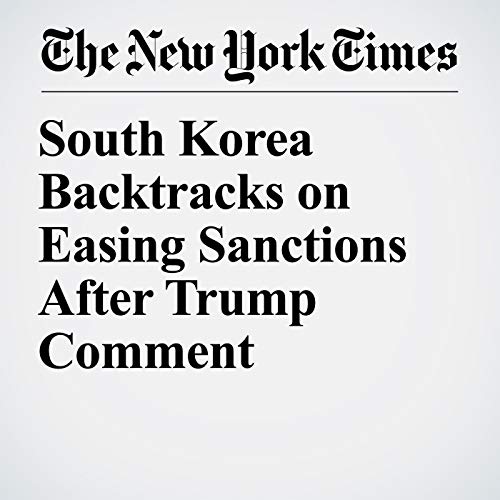 SEOUL, South Korea — South Korea moved to patch up an emerging diplomatic row with the United States on Thursday, disowning any plan to lift sanctions against North Korea after President Donald Trump’s blunt remark that Seoul could “do nothing” without Washington’s “approval.”

"South Korea Backtracks on Easing Sanctions After Trump Comment" is from the October 11, 2018 World section of The New York Times. It was written by Choe Sang Hun and narrated by Kristi Burns.