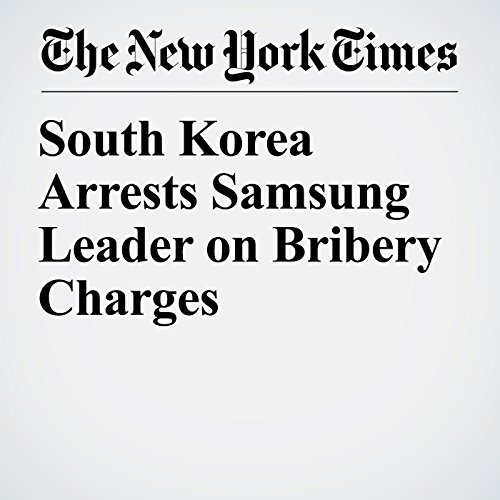 He is accused of paying $36 million in bribes to President Park Geun-hye’s secretive confidante, Choi Soon-sil, in return for political favors. Those are alleged to include government support for a merger of two Samsung affiliates in 2015 that helped Lee, 48, inherit corporate control from his incapacitated father, Lee Kun-hee, the chairman.

"South Korea Arrests Samsung Leader on Bribery Charges" is from the February 16, 2017 World section of The New York Times. It was written by Choe Sang Hun and narrated by Kristi Burns.