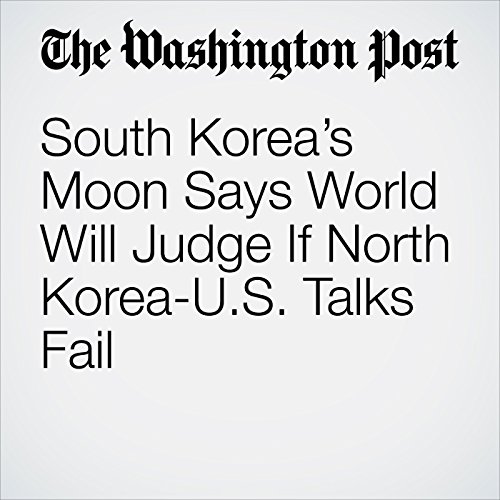 A month after President Trump and Kim Jong Un held a historic summit in Singapore, South Korea’s Moon Jae-in made his own visit to the city this week — even stopping by the renowned Marina Bay Sands resort on Thursday evening to take selfies like his North Korean counterpart did on June 11.

"South Korea’s Moon Says World Will Judge If North Korea-U.S. Talks Fail" is from the July 13, 2018 World section of The Washington Post. It was written by Adam Taylor and narrated by Jenny Hoops.