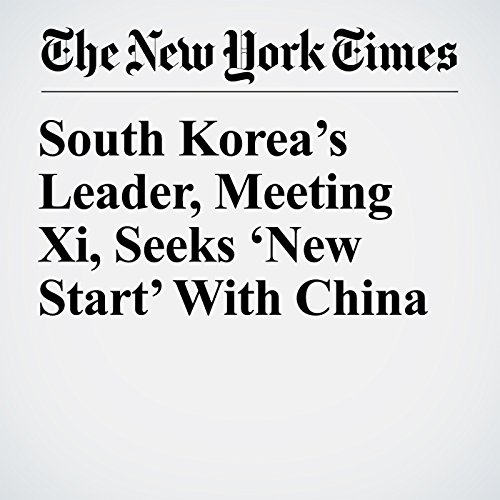 After more than a year of frosty relations bordering on hostile, South Korea’s leader, Moon Jae-in, pledged a “new start” Thursday in his country’s dealings with China as he met with President Xi Jinping, a re-engagement that China hopes will lead to stepped-up diplomacy on disarming North Korea.

"South Korea’s Leader, Meeting Xi, Seeks ‘New Start’ With China" is from the December 14, 2017 World section of The New York Times. It was written by Jane Perlez and narrated by Keith Sellon-Wright.