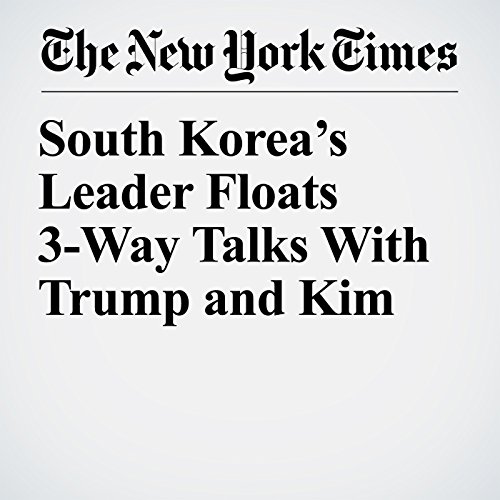 President Moon Jae-in of South Korea said Wednesday that he and President Donald Trump could sit down for a three-way summit meeting with Kim Jong In if their individual meetings with the North Korean leader on denuclearizing his country proceed well in the coming weeks.

"South Korea’s Leader Floats 3-Way Talks With Trump and Kim" is from the March 21, 2018 World section of The New York Times. It was written by Choe Sang Hun and narrated by Keith Sellon-Wright.