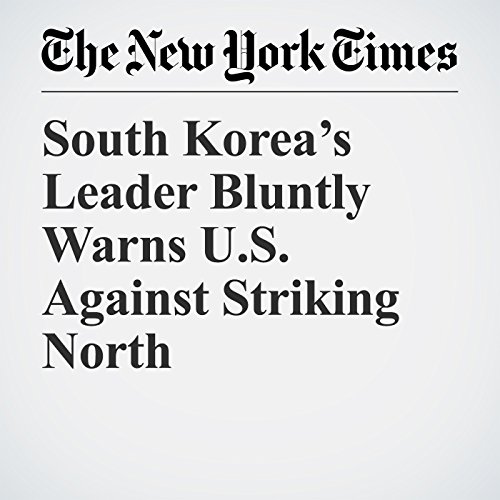 With his public alarmed by President Donald Trump’s recent threats to North Korea, President Moon Jae-in of South Korea issued an unusually blunt rebuke to the United States on Tuesday, warning that any unilateral military action against the North over its nuclear weapons program would be intolerable.

"South Korea’s Leader Bluntly Warns U.S. Against Striking North" is from the August 15, 2017 World section of The New York Times. It was written by Choe Sang Hun and narrated by Kristi Burns.