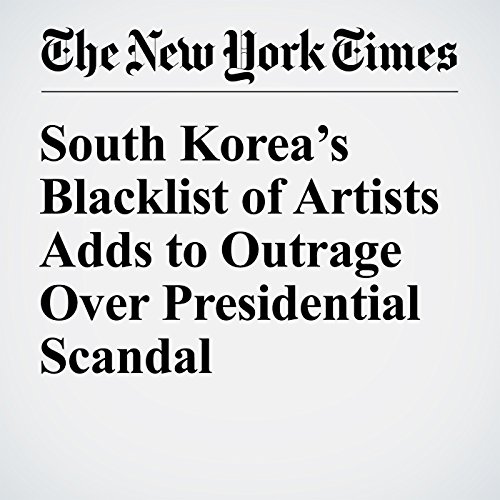 As it turned out, Hong was one of thousands of artists reportedly blacklisted by the government of Park, whose powers have been suspended as she faces an impeachment trial on charges of corruption and abuse of power. The blacklist is just one element in the sprawling case that have infuriated the public and prompted national introspection about South Korea’s young democracy and its authoritarian past.

"South Korea’s Blacklist of Artists Adds to Outrage Over Presidential Scandal" is from the January 12, 2017 World section of The New York Times. It was written by Choe Sang Hun and narrated by Jenny Hoops.