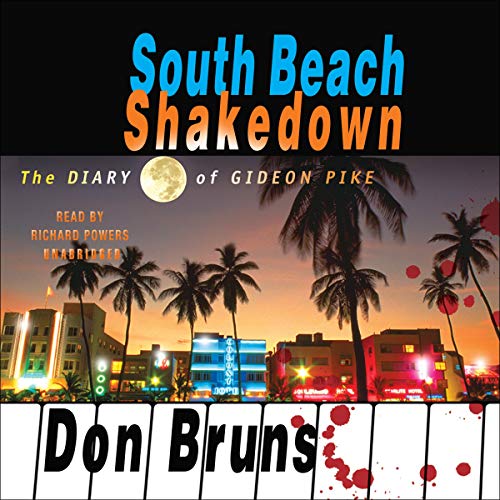 Someone is about to make a killing in the music industry. Why would songwriting legend Gideon Pike disappear just as his 30-year career turns a multimillion-dollar profit?

Music columnist Mick Sever goes looking for his missing friend Gideon Pike in the gritty backrooms of Miami's nightclubs, dodging suicide speedboats and running from sniper fire. What surfaces is how the major players in the music industry are not making the headlines, but just pulling the strings that create them.

Hit it right, and the royalties, even someone else's, can rake in millions for the rest of your life. The key is finding Gideon before Korean mobster Jimmy Shinn does. Jimmy is ready to cash in on the one secret that will strip away what's left of Gideon's career, his fortune, and his life.

Whoever gets to Gideon first will either save him or pull the trigger, and the race is on.

"Bruns, a veteran musician, clearly knows the music biz, and readers are sure to enjoy the behind-the-scenes material." (Booklist)

"South Beach Shakedown is a spicy look behind the glittering facade of South Florida's high rolling recording industry." (Julia Spencer-Fleming, author of To Darkness and To Death)

I liked the description of this book, and having had experience in the music business, I expected a certain element of seediness. I had to stop listening to this book after a while because, in addition to having a very slow-moving plot, just about every scene described bouncing boobs and or/pole-dancing in strip clubs.

kept me guessing to the end