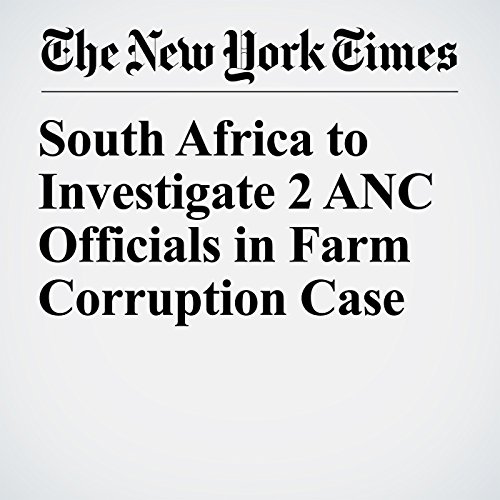 JOHANNESBURG — A top corruption inspector in South Africa has announced that she will investigate two high-ranking African National Congress politicians in a case related to the abuse of public funds for a dairy farm — a rare sign that powerful members of the governing party could be held to account for endemic corruption under former President Jacob Zuma.

"South Africa to Investigate 2 ANC Officials in Farm Corruption Case" is from the April 18, 2018 World section of The New York Times. It was written by Norimitsu Onishi and Selam Gebrekidan and narrated by Kristi Burns.