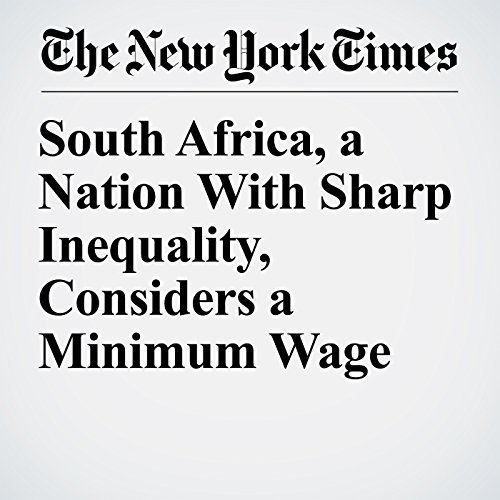 South Africa is now considering one. Faced with rising discontent over the economy among black voters, the government is weighing something more common in developed economies: a national minimum wage.

"South Africa, a Nation With Sharp Inequality, Considers a Minimum Wage" is from the February 15, 2017 World section of The New York Times. It was written by Norimitsu Onishi and narrated by Kristi Burns.