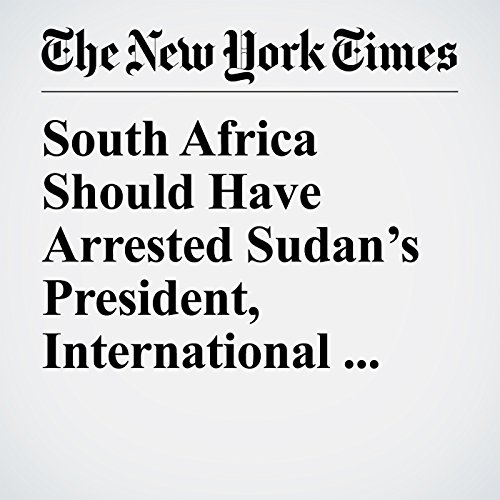 South Africa shirked its legal obligations by failing to arrest President Omar al-Bashir of Sudan, who is wanted on genocide charges, when he visited the country in 2015, the International Criminal Court ruled Thursday.

"South Africa Should Have Arrested Sudan’s President, International Court Rules" is from the July 06, 2017 World section of The New York Times. It was written by Marlise Simons and narrated by Keith Sellon-Wright.