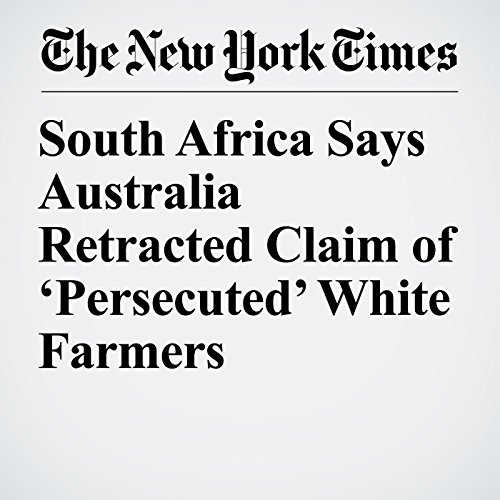 MELBOURNE, Australia — South Africa’s foreign minister said Monday that the Australian government had retracted comments by its home affairs minister suggesting that South Africa was not a “civilized country” because of its treatment of white farmers.

"South Africa Says Australia Retracted Claim of ‘Persecuted’ White Farmers" is from the April 03, 2018 World section of The New York Times. It was written by Adam Baidawi and narrated by Kristi Burns.