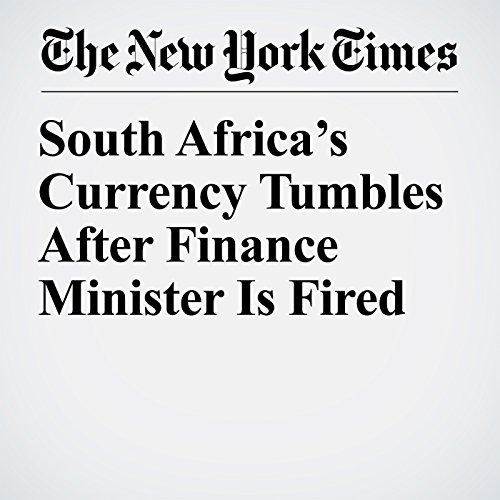 The abrupt firing of South Africa’s finance minister sent the country’s currency tumbling Friday, deepening a split within the governing African National Congress and raising fresh doubts about the tenure of President Jacob Zuma, who has been in office since 2009.

"South Africa’s Currency Tumbles After Finance Minister Is Fired" is from the March 31, 2017 World section of The New York Times. It was written by Sewell Chan and narrated by Mike DelGaudio.