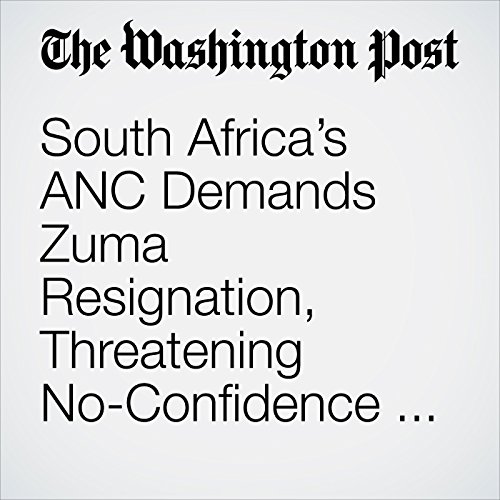 South Africa’s ruling African National Congress warned President Jacob Zuma on Wednesday that he would be ousted by Parliament if he did not resign, even as he broke his silence to say he was being victimized.

"South Africa’s ANC Demands Zuma Resignation, Threatening No-Confidence Vote" is from the February 14, 2018 World section of The Washington Post. It was written by Krista Mahr and narrated by Sam Scholl.