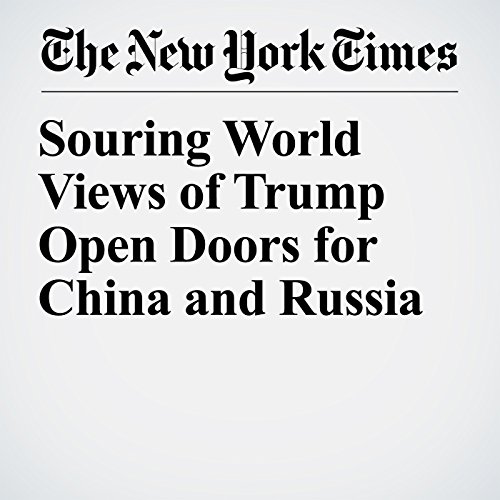 Much of the world has soured on American leadership since President Donald Trump took office, a loss of faith that has opened up opportunities for other countries like China, Russia and Germany to assert themselves on the international stage, according to an extensive new survey of people living around the globe.

"Souring World Views of Trump Open Doors for China and Russia" is from the January 17, 2018 World section of The New York Times. It was written by Peter Baker and narrated by Caroline Miller.