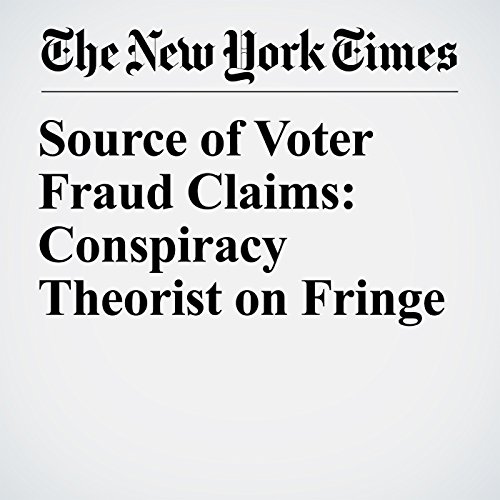 To support his call for a sweeping federal inquiry into his claims of vast voting fraud, President Donald Trump turned Friday to a little-known conservative activist whose work on the issue has been widely discredited and who has trafficked in conspiracy theories.

"Source of Voter Fraud Claims: Conspiracy Theorist on Fringe" is from the January 28, 2017 U.S. section of The New York Times. It was written by Jonathan Martin and narrated by Barbara Benjamin-Creel.