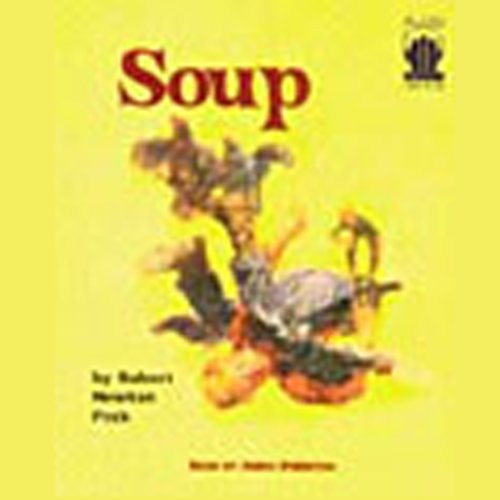 With over a dozen books now in the wildly popular Soup series, Robert Newton Peck started it all with this hilarious account of the nonstop mischief he and his best friend Soup got into as children in 1920s Vermont. You'll learn all about the time Soup taught Rob how to whack apples, only to wind up breaking a church's stained-glass window! Sure, the 2 pals have lots of fun doing things like rolling down a steep hill in barrels, but they just can't seem to stay out of trouble.
(P)1995 Audio Bookshelf; ©1974 by Robert Newton Peck

I have enjoyed this book since I was a teenager and I felt the need to listen to it again as an adult. It was funny and I laughed out loud in my car as I was listening. I wish they had the other 12 books in audio for the kids. For all the trouble the 2 kids get into, Soup proves in the end why he's really Rob's best friend.

Very funny book. I only gave it 4 stars because there seemed like there should have been more. I would still recommend this book, worth listening to.

I have loved this book since I was a boy in the '70s when it came out. I even remember and after school special based on it. I can only hope that kids today will cherish it for the wonderful tales and innocence it has.

This is the worst book by Robert Newton peck, that I have ever read

For a children’s book, this one had inappropriate subject matter. Such as how to build your own acorn pipe and smoke corn silk. Of course creating future tobacco users might not bother other parents. I was also disappointed in both of the main characters using foul language. I have read another book in this series and found it to be really great and hilarious. This book never even made me laugh. I was being generous giving 2 stars.

Great Book and a Beautiful Childhood!

Funny and heart warming. Reminds me of my childhood and the crazy things we did. I think we all can learn a thing or two from it. I just love that young narrator's voice.Definitely reading this again.