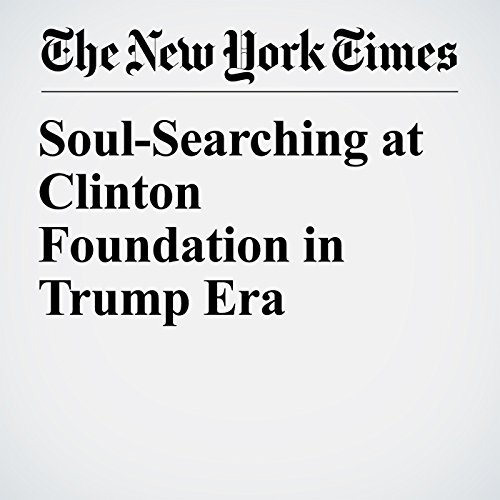 Now, nearly three months after Hillary Clinton’s defeat, the foundation is still grappling with its place in the era of President Donald Trump. It faces some daunting challenges: a drop in fundraising during the campaign; uncertainty about the scale of the former president’s ambitions; and questions about leadership, including how long its president, Donna E. Shalala, will stay, and whether Hillary Clinton might rejoin the charity.

"Soul-Searching at Clinton Foundation in Trump Era" is from the February 02, 2017 U.S. section of The New York Times. It was written by Steve Eder, Sheri Fink and Amy Chozick and narrated by Caroline Miller.