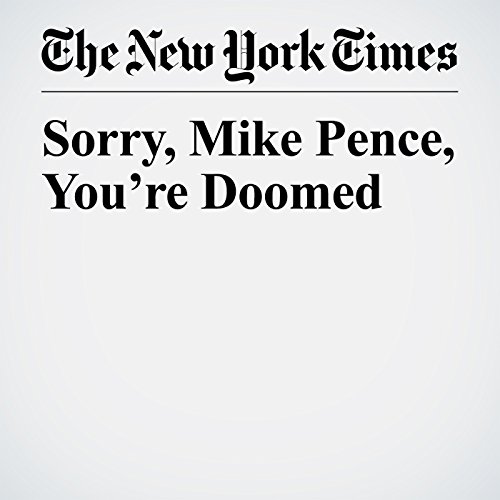 The other day, from the Naval Observatory in Washington, you heard a howl of such volume and anguish that it cracked mirrors and sent small forest animals scurrying for cover. Vice President Mike Pence was furious. He was offended.

"Sorry, Mike Pence, You’re Doomed" is from the August 08, 2017 Opinion section of The New York Times. It was written by Frank Bruni and narrated by Kristi Burns.