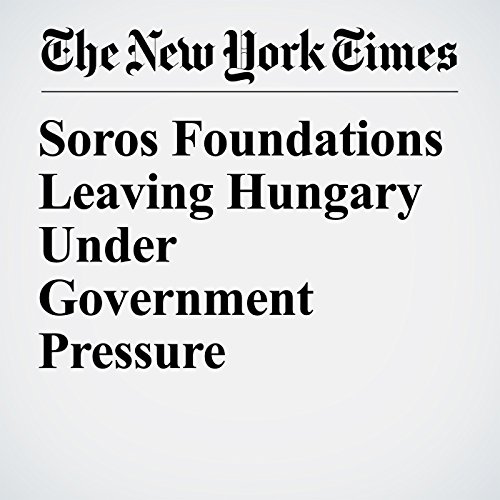 Under intense political pressure and the threat of legal sanctions, George Soros’ Open Society Foundations said Tuesday that it had become impossible to work in Hungary, whose prime minister has blamed Soros for the country’s problems, and that the foundations would move their operations to Berlin.

"Soros Foundations Leaving Hungary Under Government Pressure" is from the May 15, 2018 World section of The New York Times. It was written by Marc Santora and narrated by Keith Sellon-Wright.