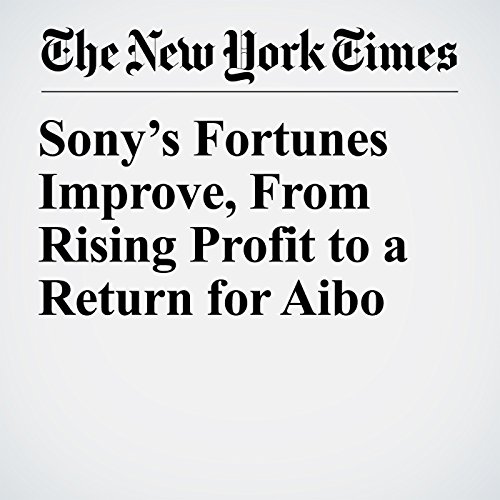 Sony’s Fortunes Improve, From Rising Profit to a Return for Aibo

Sony’s robot dog is getting a new lease on life. A decade after discontinuing Aibo, Sony said on Wednesday that it was bringing the mechanical canine back as an experiment in cuddly, consumer-friendly artificial intelligence.

"Sony’s Fortunes Improve, From Rising Profit to a Return for Aibo" is from the November 01, 2017 Business section of The New York Times. It was written by Jonathan Soble and narrated by Kristi Burns.