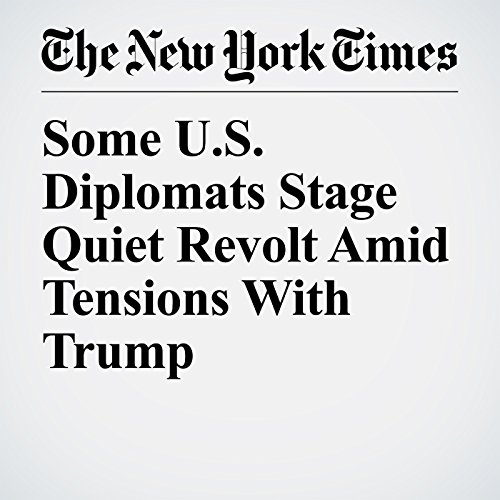 Some U.S. Diplomats Stage Quiet Revolt Amid Tensions With Trump

As President Donald Trump strains alliances and relationships around the world, some of the nation’s top career diplomats are breaking publicly with him, in what amounts to a quiet revolt by a cadre of public servants known for their professional discretion.

"Some U.S. Diplomats Stage Quiet Revolt Amid Tensions With Trump" is from the June 05, 2017 U.S. section of The New York Times. It was written by Mark Landler and narrated by Keith Sellon-Wright.