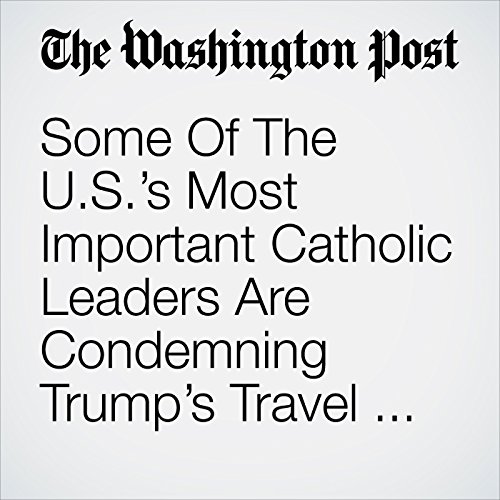 President Trump, who won the majority of Catholic votes, is facing fierce opposition from Catholic bishops and nonprofit leaders who are issuing strongly worded statements condemning his executive order on refugees.

"Some Of The U.S.’s Most Important Catholic Leaders Are Condemning Trump’s Travel Ban" is from the January 30, 2017 National section of The Washington Post. It was written by Sarah Pulliam Bailey and narrated by Sam Scholl.